This is an excellent story about a man of science that is little known outside of select circles. I highly recommend it. Available as a download E-Book at http://www.lulu.com/content/5697069#contentReviews

If you like it, you can get the hard copy edition also at Lulu, here http://www.lulu.com/content/5698389 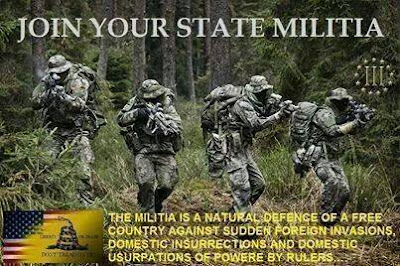 Back in January 2009, I posted a video about gun laws in great Britain. I was thinking how backwards society in general has become, believing the propaganda of pacifists and the privately-owned majority media that guns kill people and the less guns in the world, the safer the world will be.


This is all based on lies. Every dictator, every totalitarian government have taken weapons from its citizens and then proceeded to murder them. When a government wants to quell any descent from the civilian population, the weapons are confiscated first. Without any defense, they will comply with anything the government wishes or they will be eliminated. Bullets are cheaper than cells or internment camps.

There are many articles regarding the UN Arms Trade Treaty both supporting and condemning it. Some claim that it is merely an international registry and  that it would provide benefit to have a registration for a weapon in case it may be used in the commission of a crime.

Many Americans feel that it is an invasion of privacy and a blatant invasion of their rights as explicitly stated in the Constitution. I tend to side with the latter.

The right to bear arms and to form militias within the communities was the civil law enforcement the founders envisioned. This provides for the various needs of the people considering their location and environment. Obviously law enforcement boats would not be required in the Rockies, nor would snowmobiles be relevant in the coastal areas. The calling up of the militias in times of declared war was another issue that did in no war restrict the citizens from having personal weapons. There purposefully were no restrictions placed on weapons as the needs of the individual is of greatest concern for safety.

I felt it was necessary to bring this blog post forward and update it, with the motivation of stimulating debate and discussion on the issue by readers.
at 9:25:00 AM No comments:

Read the entire article here at

Sunlight, Lighting And Your Health

THIS IS A WIDELY IMPORTANT ISSUE WHICH AFFECTS EVERY ONE OF US AND REFERS TO A PUBLICATION IN A NEW ZEALAND NEWSPAPER, THE "EASTERN BAY NEWS" OF WHAKATANE, DATED 1st MAY 2003 TITLED "SAVING POWER WITH THESE TOP ENERGY WISE TIPS"

Having been involved with problems pertaining to these lights some many years ago, i.e., during the late 1950's, I was commissioned to remove every fluorescent light fitting in every Totalisator Agency Board office throughout New Zealand for the purpose of fitting radio interference suppressors to eliminate radiated noise developed by the fluorescence radiation of the lights (more on this matter and its relevance to health a little further on) and simultaneously installing anti-interference antenna systems which I had invented and patented at that time.

As always of an investigative mind, I decided to search further into this problem pertaining to these lights having found that the entire matter involved the "radio light spectrum" and other light frequencies which are invisible to the human eye whilst, however, radiating high levels of "radio active" energy containing the frequencies of x-ray, gamma and cosmic rays. There is no solution, even with total lead shielding of the starter unit, transformer capacitor sections and the tube cathode areas as it leaves the illuminating area of the tube itself free to radiate all manner of radio frequency and mercury vapour energies. The only way out is to outlaw them completely.

The general public is completely oblivious to this lurking danger to their health. This situation should be addressed with urgency. The general public is entitled to be made aware of this danger to their health and as there is now legislation in place to cover these kind of unforeseen risks attention to this paramount issue should be addressed and enforced immediately. Such action would result in savings of millions of dollars in medical care, not to mention human suffering as a result of the gross ignorance of the health authorities of the dangers involved in the widespread use of these lethal devices.

The effects of lighting on the human functioning development and psychological effects are indeed profound. Try placing seedlings/plants adjacent to an unshielded fluorescent light at the end where the starter unit is located, they will surely wilt and die, (and this is most certainly not attributable to "heat" radiation, a conclusion some may readily jump to). Unshielded fluorescent lights are a menace to mankind and should be replaced by standard Tungsten filament lighting.

Too many people, including doctors and general hospital staff, are spending far too much time indoors (an unfortunate occupational hazard as also found within other professions and trades) subjecting themselves to this continuous bombardment of colourless radioactive radiation from fluorescent lights, the worst of which are the soft white economical plug-in bulbs. These bulbs, although physically small, are nevertheless hazardous.

The powerful health benefits of man's bodily exposure to direct sunlight, i.e., ultra-violet rays, has been known to the ancients for thousands of years. History has it, however, that it was not taken up as a serious scientific matter by physicians until the 1800s when the healing properties of man's exposure to sunlight became manifest by way of serious observation and, later, more profound study and research. Such research heralded in breakthroughs of success in healing with ultra-violet during the 1870s.

I quote now a paragraph from Jacob Liberman's book "Medicine of the Future" pages 47 - 48 headed "Putting Prisoners in the Pink and Athletes in the Red":

Tired of the oil prices? Paying more to heat your home? Electric bill looking like a mortgage payment? Then join the Pickens Plan and we can all do something about it.
at 2:08:00 PM 1 comment:

Here is a video from the Chamber of Commerce about policy changes to stimulate business development and growth.