Is there a point where Americans say "That's enough?" Let capitalism run its natural course and stop burying us in debt that will enslave us for decades to come.

Obama said no earmarks, but there were. Taxpayer dollars became promised bonuses for executives that participated in the companies' failing and money troubles. When will Americans wake up?

What will it really take before America sees through all of the spin to what is really going on? How long will you accept lies just to make you feel good and go out and create yet more debt? How long can we keep raising the credit limit before we accept that fact that we cannot pay the old limits?

Before you go to bed tonight, I urge you all to take an honest look around you. Look at what really matters to you the most, a wife or husband, children, a mother or father, The love you feel for them and the responsibility you accepted to care for them. Now look and see if you can honestly say that the government or the corporations that are getting all of these bailouts feel anything at all for those that you love. Be honest with yourself even if you cannot tell anyone else. But when you have to go to the polls and vote, let these feelings guide you because its honest about how you really feel, before and after the propaganda.
at 5:38:00 PM No comments:

Alex Jones has received a secret report distributed by the Missouri Information Analysis Center (MIAC) entitled “The Modern Militia Movement” and dated February 20, 2009. A footer on the document indicates it is “unclassified” but “law enforcement sensitive,” in other words not for public consumption. A copy of the report was sent to Jones by an anonymous Missouri police officer.

The MIAC report specifically describes supporters of presidential candidates Ron Paul, Chuck Baldwin, and Bob Barr as “militia” influenced terrorists and instructs the Missouri police to be on the lookout for supporters displaying bumper stickers and other paraphernalia associated with the Constitutional, Campaign for Liberty, and Libertarian parties.

Despite receiving $170 billion in federal aid and recording a staggering loss for the last quarter, insurance giant American International Group is doling out tens of million of dollars in bonuses this week to senior employees. 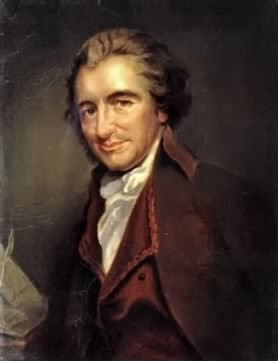 Diversity is a term that divides instead of unites. It is common for so-called progressives or liberals to use this term believing that is brings people together. The results however prove contrary to that aspiration.

Here is a short video that explains why we are failing in America.

Lawmakers across the country are sponsoring resolutions — most of them only symbolic — asserting state sovereignty, in effect the right to ignore any federal law or policies they deem unconstitutional, including the stimulus bill, the No Child Left Behind Act and any new assault rifle ban.

In New Hampshire, the House is scheduled to vote on Republican state Rep. Daniel Itse's resolution Wednesday. Supporters are planning a rally at the Statehouse before the vote.

"I think that the specter of some assaults on our liberty have become so real and immediate that there is a reaction," Itse said.

Lawmakers in at least 15 states are sponsoring similar resolutions. They say they're fighting back against decades of federal overreach, culminating in the stimulus package.

"This has been a progression from (the New Deal) days to today, with the only break being Ronald Reagan," South Carolina state Rep. Michael Pitts said by e-mail. Pitts, a Republican, has a resolution pending in the South Carolina House. "The stimulus bill is simply propellant for the resistance."

In January, 22 percent of those surveyed by the Pew Research Center disapproved of the stimulus. That number rose to 34 percent in February. The survey — which polled about 1,300 respondents — has a sampling margin of error of plus or minus 3 percentage points.

Two lawmakers say they have received hundreds of calls from constituents supporting their resolutions. Michigan state Rep. Paul Opsommer, a Republican, said about 250 people have called or e-mailed to say thank you, whereas most of his bills draw fewer than 10 messages.

Missouri Republican state Rep. Cynthia Davis, whose resolution is pending in the House, said she has received at least 200 supportive messages from constituents and residents in other states.

"I'm getting letters from all over the country," Davis said. "It's really a beautiful thing, watching the spirit of the American Revolution come back."

Resolution sponsors cite the 10th Amendment, which says the federal government has no authority beyond the powers granted to it under the Constitution.