There are things in this world that we accept as reality and yet we are blinded to the truth. This video is a must see for all people. It will explain things that sometimes seem mysterious, and it will offer an understanding of what is really at stake.

Once it becomes apparent that we are being fooled and manipulated, we then can choose a different path to follow. Time is running out, the sovereignty of the nation is at stake, so is the freedom of the world. 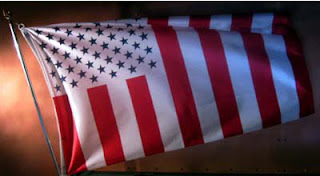 Once again the American taxpayer is given the bill, even though they did not enjoy the cuisine. Outgoing Democrats, accusing the Republican Party of "holding hostages" have done a clear case of oneupmanship, by adding about one trillion dollars in earmarks to the Bush-era tax cut extensions, which they are going to limit to two years.

Even with a billion in additions that GOP leaders fought for the extension of unemployment benefits for 13 months, is a drop in the bucket compared to the added earmarks the lame duck House is pushing through. Never in the history of America (or any nation) has tax relief costs so much!

Tea Party Movement voters sent a message to Washington but they are not really listening to us. We only allowed the "other" party control because they did promise to head our wishes to cut spending, reduce government, stabilize the economy. They have welshed on all promises thus far.

To those GOP voters who argued that voting for an Independent or Libertarian party candidate would just be taking away from the GOP, I will tell you this: In 2012 I will vote for all candidates that are NOT members of the "D's" or "R's" because neither has demonstrated the will to follow the lead of the voters.  I will be "interviewing" candidates for all offices from now until I receive my 2012 ballot, and I can tell you that it will be new faces that I seek, with a proven track record for integrity and service to the people. Political experience is not even a primary consideration, in fact, it may be a disqualification as most "career politicians" are detrimental the freedoms of the States and the People.

I am officially announcing my revolt against the Unconstitutional usurpations by our federal government and will do whatever it takes to restore this nation to the Republic founded by those that fought the British Empire to gain the very freedoms the present government seeks to destroy.
at 1:04:00 PM No comments:

Talk Show in the Works!

I have been blogging for quite some time now and have been researching the possibility of turning this into a live talk show online. I have installed the necessary software and now, after consulting with a sound engineer, I am looking at the expense of purchasing the necessary hardware to make a show happen.

No talk show is worth the time without listener feedback. In order to take listeners calls, I must install the proper hardware interfaces that can take a telephone call and place it online without a reduction in sound quality. So I must obtain the necessary funding from sponsorship.

That is why I have installed a Donate/Sponsor link on my page here. It will take you to PayPal where you can make a donation to the site. All donations will be used to pay for the equipment and upkeep of the site. It is my intention to provide a professional talk show that will attract the sponsorship of advertisers and possible broadcast radio syndication. With your support, I am sure we can make this a reality.

Thank you my loyal followers and newcomers alike. Please tell your friends and family about this blog and the soon to come talk show. I look forward to providing you all with the kind of information and discussions that are on the front burners of most Americans, and providing dialogue that is constructive to restoring this great nation to economic stability and growth, while protecting the liberties of American citizens.

To make a donation, just click the Donate/Sponsor link to the right.
at 9:54:00 AM No comments:

You would think that after the results of the last election, the politicians in Washington would heed the will of the people, but alas they have not. Standing on a defiant podium, Harry Reid waved a memo from  the GOP and claimed that HE was going to do what the American people want. Well he needs to step down because he is way out of touch with the people.

While taxes and health care dominate the focus, we are bombarded in the media with WikiLeaks, terrorists, and foreign policy. We need to focus on what needs to be done at home.

First and foremost the tax deductions need to be made permanent. That will do more to get small businesses hiring and investing in manufacturing again. Second, cut the spending across the board, starting with entitlement programs to the career welfare recipients. And third, we need to reform the monetary system by repealing the Federal Reserve Act and getting Congress to take responsibility for monetary policy that is asset based instead of debit based. That will do more to fix the economy than anything.

I hear both parties talking about the Tea Party Movement as if it was a third political party. Obviously that is not true and they need to stop this nonsense. The movement is comprised of Americans of all political parties and backgrounds. It is about restoring Constitutional integrity to the nation, by enforcing the limited powers granted to the federal government and allowing the many states to govern as they were intended to.
at 11:03:00 AM No comments: