Government Pushes Green: But not in America?

There is always a reason why some things never change. At least they don't change for the better. As an example in Europe, Asia and in South America also, there are Fords and Toyotas that get over 70 MPG on the highway. None of them are sold in the United States. And it's not because they are not safe vehicles. They are the same vehicles sold here but with much more fuel efficient engines. That's right, they are made here in America, but for export only.

Someone researched this "rumor" only to discover that not only was it true, but that the reason given is really based on half-truths, smoke screen, for the truth. More fuel efficiency means the care can go further or create more horsepower using less fuel. This means less fuel is sold and a reduction in revenue for the government. See, "under the guise of cleaner air," the EPA claims that the more fuel efficient engines produce more pollution per gallon than their US-sold counter parts. But the facts are such that those foreign-sold engines, because they burn less fuel per mile, will produce less pollution over the same distance than the US-sold engines..

No, the reality is that our government wants more of our money, so they create all of this hidden tax that most people pay without thinking about it. When it comes to the price of fuel, they blame the "greedy oil industry" or Wall Street speculators. That is because the media reports such drivel as the government spins-out to the public.

Same thing with the electric car. If just 20 percent ofall American vehicles driven here in America were all electric, the federal government would lose hundreds of millions in revenue currently used to build, maintain, and repair the nation's highways. Now that part may be partially true, but it does not tell the whole story.

Less exhaust fumes in the air will allow people and wildlife healthier lives. That in itself will reduce the cost to treat the sick, who are availing themselves of taxpayer funded medical resources or programs. The roads themselves will retain serviceability longer since the pollutants that settle on and damage the roads will be greatly reduced. Businesses and commuters will spend less on fuel and that will mean they can have more revenue of their own! Imagine that! you could then afford to drive to your vacation spot and still have money left in your wallet to really enjoy it! 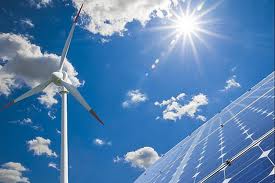 As more and more reasons become apparent for solar and wind energy, they too will supplement the fuels used today that  will further reduce the pollutants in environment. It may even provide more incentives to install solar and wind power generating systems and that will mean manufacturers in the US will be able to compete in those markets. 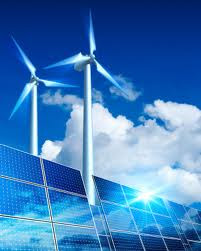 I can see the technology being refined to introduce more efficiency and power output as the demand for these systems increase.


An international effort to cut so-called greenhouse gases by imposing taxes and caps on how much GHG you can exhaust before paying is not going to solve anything, in fact the so-called carbon tax is nothing more than another taxation boondoggle. All it will do is make the world poorer and the investors in the Cap & Trade program much wealthier. That will increase the polarization of haves and have-nots. The intent is, of curse, reduce the world to the slaves and masters or the situation of those who must depend on the state for rations and those who will live in opulence and splendor as they continue to look down on the rest of us as if we were their property.

You're Kidding! Who are the Candidates?

It seems that many of us not only think alike but we do so in sync with one another. Due to a few minor glitches in updating a PC, I was unable to receive email, so I was not aware of the email containing an article very similar to one I had been writing and was getting ready to post.

I decided to post this one and then use mine as a comment. I feel it is the message that is relevant and not the author. As always I encourage comments and sharing.

Shall we take just a moment to pause and consider the current predicaments facing the various factions of which the citizenry of our nation is comprised and with which they have been presented.

The primary elections and Caucuses in this country are now controlled by the two major parties which have em-placed controlling mechanisms, (see:    What Is The Prime Target?, GOP Chairman Should Be Allowed Time To Think,  Who Would have More Votes?) that are susceptible to the whims of any one with a rudimentary understanding of computer hacking. The primary elections in almost every state  as-well-as the local party caucuses and delegate conventions have reported various types of voting frauds and rules violations by party chairpersons and their designated subordinates (see:  The Big Fix) all in support of the party's favorite darling "Mittens (more likely sapper gloves) Romney". The frauds and the corrupt reporting methods (Sawyer Adrift on A River of Lies) have been exhibited throughout or across the Internet by various individuals and groups. The media has been bought and paid for and it will continue to eliminate anything other than the two choices "they" want presented to the American Public. The machinery is in place now that will make the selections of candidates and even the outcome of the elections themselves totally dependent on the decisions made by those who control the process. They are well funded and organized to carry out their various agendas behind the scenes. The illusion of two separate parties representing two vastly different ideologies has been sold to the gullible American people... and the voters swallowed it whole. The post, (Protecting The Vote) an attempt was made to explain how to conduct an election in which the possibility of corruption or fraud is greatly diminished by means of safe-guards insuring nothing was done in secrecy except the actual casting of the individual ballot by each eligible voter.

The Citizens have once again been forced by a completely engineered set of contrived issues (condoms, birth control, abortion, same sex marriage, etc.) which revolve about and are social considerations, instead of the critical issues of National Governance, into believing that the person illegally occupying (see: U.S. Supreme Court has Ruled Obama Ineligible), (From Risky Gamble to Disaster to Debacle:  The Democratic National Committee Plan)  the presidency (see:   Please...Help Little Barry!  Or, Who will Shoot this Indonesian Snake?) has a serious opponent (see:  Obama Issues "Kill Order" Regarding Ron Paul and Russia Prepares for nuclear World War III) to the programs and policies currently in effect which were erected during the Reagan administration.

The major voting faction, which is comprised of two political parties both of which are controlled by the same extra-national group, has been led, like-lambs-to-slaughter, to believe they must rely on the heavily biased and government controlled privately owned major media for information and opinion which reports what it is told to report because it is also controlled by the same extra-national group. This election cycle, like so many others, another grueling judgment, consisting of being forced to choose between the better of two of the worst evils, of which quality of what is offered incrementally and continually declines, America has faced in sixty some odd years:  Obama vs. Romney.

Obama:  who, as a dues paid card carrying member of the "New Party" (a socialist/Marxist Communistic Party), openly hates America (will not recite or take the Pledge of Allegiance to the Flag) and wants to replace the U.S. Constitution with something similar to or worse than the NDRP, (see Busy Bees Make A Shiny New Hive - or Welcome To Your New Government Run By The President, The Secretary of Homeland Security, and The Secretary of Defense).

Romney:  who, as a CFR Member (see:   Bigger Sharper Teeth...Or Romney's Dirty Dozen), made a career of cannablistic economic practices (see:  So... You Want Which Fox to Guard the Hen House?), wrecking havoc on American industry (see:  Erosion And Death Follows) while he amassed a personal gross worth of literally a billion dollars. (see: Neither This Jackass Nor This Elephant Is Fit To Be Ridden Or Walked In The Park, They Leave Stuff Behind Them and What Is The Prime Target?)

The only freedom of expression is one-on-one personal correspondence and the Internet where ideas and concepts can be publicly exchanged.

Americans must stand united with each other to uphold and defend the U.S. Constitution and not become divided by false allegiance to a party. We are all Americans who demand Liberty and the best for our Nation, our Citizens and our Children. We want nothing less than our Freedom and a restoration to Truth, Justice, and the American Way, and it will be by our will alone that the goal will be achieved.