I could say something vulgar regarding the privately-owned major media and the person occupying the presidency; however, instead I began to think along different paths.

Why would a Democrat, occupying the presidency, worry to such an extent about a supposedly minor candidate that the news has proclaimed unelectable? Although Ron Paul has been elected to office for 30 years and that is longer than the combined time in office of Romney, Santorum, and Gingrich taken together. I also wondered why just Ron Paul? Aren't Romney, Santorum, and Gingrich to be considered a threat... of any kind... and if that is true... why?

I wondered why... No U.S. News agencies or News groups had reported this chilling batch of information.

It seems as though the Russian threat of nuclear World War III might mean something to someone?

I wondered how many Americans remember Operation Mockingbird?

It should be quite clear to any American that American news reporting is only reporting certain kinds of news. 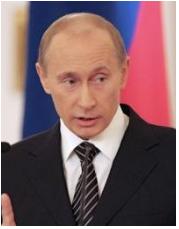 "The Federal Security Service (FSB) is reporting today (November, 2011) that the “secret letter” sent to Prime Minister Putin by Japanese Prime Minister Yoshihiko Noda contains a warning that United States President Barack Obama has issued an executive-level “kill order” against US Congressman Ron Paul over fears this charismatic politician, who many believe could capture the Republican Presidential 2012 nomination, is about to expose to all Americans what can only be described as the largest mass theft in human history. The “kill order” is a metaphor for silencing down Congressman Ron Paul in the mass media as if he doesn’t exist.

According to this report, Prime Minister Noda first became aware of this “kill order” after a private meeting with Obama at last weeks ASEAN Summit meeting in Indonesia when the American President expressed his “unconstrained joy” over the toppling of the Greek and Italian governments in bloodless coups by EU banksters who installed to run these countries unelected former Goldman Sachs executives.

Not known to many Americans is that the giant global investment firm Goldman Sachs put Obama into office by being its top donor and after winning the Presidency put so many of its former executives into the US government it is known as the “Wall Street Cabinet.”

The reason for Goldman Sachs, and other top American and European banksters, putting Obama into office, this report continues, was to loot the American taxpayers of an estimated $100 Trillion…nearly $30 Trillion of which went directly into the pockets of international banksters around the world and another $70 Trillion in lost home values, stock portfolios and pensions funds.

The main conduit of this massive theft was the US Federal Reserve System which during the 2008 Financial Crisis secretly doled out, without the American peoples knowledge, over $16 Trillion to European banks and companies and another nearly $8 Trillion in “secret loans” to the largest banks in the United States.

Causing Obama and his bankster allies to fear Ron Paul, this report continues, is the Congressman’s ability to hold US Congressional hearings on the $8 Trillion in secret loans to the largest banks in America without the public’s knowledge exposing this largest theft in human history and laying bare for all to see the total criminality of their entire elite political, financial and corporate class.

Though the US mainstream media has virtually ignored Ron Paul’s candidacy the American people themselves appear to have broken through this deliberate government ordered blackout of his Presidential run as evidenced by his rise in the polls in the first campaign States of Iowa, New Hampshire and South Carolina, which should he win them all would assure him the Republican nomination. 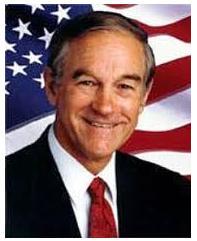 The fears Ron Paul is causing among Americas elite classes appear to be justified as he recently likened the US Federal Reserve System to “drug addiction” warning that the deception it has foisted upon the public will lead to the destruction of the United States.

Ron Paul further warned the American people this year that their nation was becoming a “police state,” called for the impeachment of Obama for ordering the assassination of an American citizen without charges or trial, and stated that Obama had violated the War Powers Act over his actions against Libya.

Ron Paul’s fears of a police state America being ruled by a dictatorial tyrant were confirmed yesterday when the US Senate, in a 61-37 vote gave, for the first time in history, the power to the US Military to hold citizens without charges or trial indefinitely by passing a bill that was written in secret and never openly debated.

So frightening is this new law that the American Civil Liberties Union (ACLU) in the days prior to its passing warned: “The Senate is going to vote on whether Congress will give this president—and every future president — the power to order the military to pick up and imprison without charge or trial civilians anywhere in the world. The power is so broad that even U.S. citizens could be swept up by the military and the military could be used far from any battlefield, even within the United States itself.”

Most ominous in this FSB report is its stating that the “assassination regime” ordered against Ron Paul by Obama may already be underway as one of the US foreclosure fraud whistleblowers subpoenaed by Ron Paul to testify before the US Congress named Tracey Lawrence was found “suicided” yesterday in Las Vegas.

The destruction of anyone found opposing the Obama regime and its bankster backers was, also, brought into sharp relief this week by the smearing by mental illness allegations of one of America’s top heroes US Marine Sergeant Dakota Meyer, who in September received the Congressional Medal of Honor from Obama (who called him one of the most “down-to-earth guys that you will ever meet”) for saving the lives of 36 of his comrades, but after he alerted the press that his employer defense contractor BAE Systems was selling high-tech sniper rifles to Pakistan that are being used to kill America Soldiers was labeled as a “drunk and mentally ill.”

So concerned has the Kremlin become about the growing American fascist police state it caused General Nikolai Makarov, Russia’s top military commander, to issue a warning to the West last week that the Motherland was fully prepared for a nuclear World War III and which prompted the Obama regime to state that it would immediately cease observing their arms treaty with Russia.

To if the American people will be able to rally around Ron Paul before he is assassinated by the Obama regime it is not in our knowing, other than to note that in a country where every public demonstration – however peaceful and orderly it might be – is ordered by their authorities to be treated as the equivalent of a prison riot, where the former police chief of Seattle blamed the militarization of local US police forces on Obama’s Homeland Security Department, and where the media is described as being nothing more than a “lapdog” for Obama and his bankster allies, the likelihood of these people escaping the worst horrors to come do, indeed, seem inescapable."