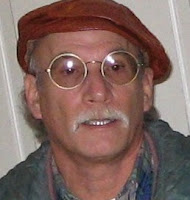 QE3. No, it's not the launch of a new luxury liner, It's the third round of quantitative easing, another term the Federal Reserve Board uses to fleece the people and make the banks more profitable. Didn't work with the housing crisis, didn't work ten and won't work now. Like dominoes they will all fall down with one final push.

No sense in saying, 'I told you so' because that offers no satisfaction to me at all. Saving the economy and the sovereignty of the United States is the only satisfaction I seek.

Real Money is gold! Need Proof? Read the article that came out today,  Deutsche Bank: GOLD IS MONEY and see for yourself. I have been writing about this for years, and so has Ron Paul. That is why he was prevented from securing the Republican nomination for President, and why the GOP fixed the delegations to make third-rate Mitt their choice. They knew Ron Paul would win in a landslide against Obama, and would expose the fraud of the Diebold electronic voting machines. I wrote about this also in the post, The Big Fix, and many thought I was sniffing too much varnish. But this post is about money, so go back and read the others through the links I have provided.

This is about how the banks are buying up gold in record quantities in anticipation of the meltdown of the US dollar. This about how you can be a voice of reason in a chorus of fantasy. The Fed prevents you from making profit on money investments by zeroing out interest rates, but the banks still profit by purchasing secure U.S. Treasury Notes which have guaranteed profits at maturity. Just another way of fleecing the American Taxpayer.