The Abyss of Arrogance and Conceit 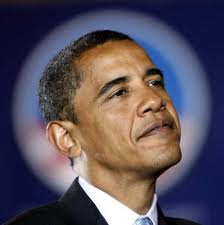 It's not about Treyvon Martin nor is it about racism. It's simply about Obama and what Obama thinks is best. It is about a pathological narcissistic liar who lets no tragedy go without exploitation for personal or political gain. The man who calls himself President always makes it about himself because it has to be about him to matter to him. He demonstrates that he cares about nothing outside of his own delusions of grandeur and has surrounded himself with a devoted supporting cast of corrupt characters to do his bidding and offer their blind devotion.

There are so many issues that are of crisis magnitude facing our country, especially our individual rights and sovereignty. And while the media is focused on the newborn British heir to the throne, America suffers bankruptcy in major cities, unemployment and high prices, a health care plan that is failing before it is implemented, and a corrupt administration that will divide the people further with false charges of racism to deflect focus away from their own criminal acts.

We still do not have an investigation into Fast and Furious gun running that was sanctioned by the BATF and DOJ. Like his boss in the Oval Office, Eric Holder needs to be held accountable.

And there is Benghazi and the unaccountable former Secretary of State and the Commander-in Chief who was missing in action during the whole attack that left Americans without any support ti be butchered.

And then we have the IRS scandal where political opponents were targeted for audits and delays in applications for non-profits status. But Obama didn't find out until it was on the news?

I can go on but what is the sense in that? Americans are still asleep in the back of the bus. As the Obama Regime steers us how much deeper is this abyss?
at 5:19:00 PM