From the post by:  by Dr. Kevin "Coach" Collins 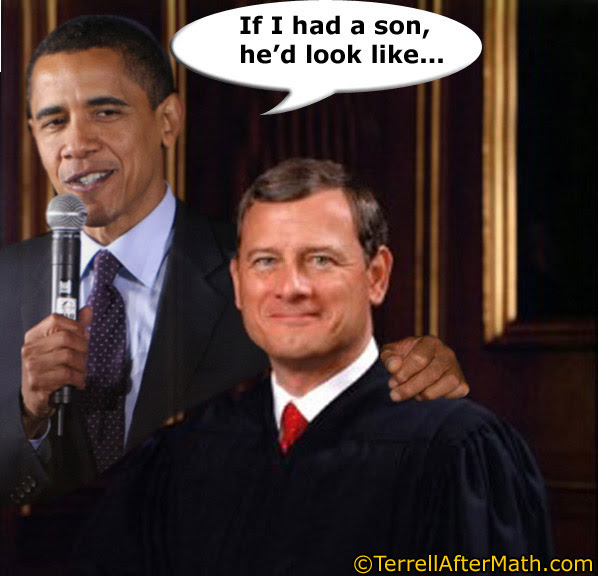 "On Monday, without comment (because he could not make a coherent one),  Chief Justice John Roberts denied a request by the Association of American Physicians & Surgeons and the Alliance for Natural Health USA for a stay in the implementation of Obamacare. The groups had made their application last Friday, arguing that since the bill had been declared a tax by the Supreme Court (with Justice Roberts himself the deciding vote), and it had originated in the Senate (the Constitution says revenue bills may not originate), the law was therefore unconstitutional; and implementation of Obamacare  should at least be stayed pending further examination.

While there are other minor issues attached to the application that were also not addressed, the truth of the matter is clear: John Roberts will never do anything to derail Obamacare, no matter what arguments against it are brought before him.

There is very good reason to believe that regardless of the media’s skillful smothering of the story, John Roberts is being blackmailed to make certain Obamacare never falls in a Supreme Court case. The basis of this charge surrounds the fact that a series of strange (and probably felonious) acts are attached to the adoption of his two children.

In 2005, when they thought they were doing the Democrats’ bidding, the New York Times dug into apparently easily accessible records and found that the children Roberts and his wife adopted in “South America” started life as Irish citizens. This is a red flag. The laws of Ireland regarding adoptions are very clear: adoptions by non-citizens are prohibited, as are private adoptions.


Apparently, when the Democrats realized they could control a Supreme Court Justice’s vote through blackmail over his having committed a number of international crimes, the Times pulled back and dropped its investigation. The Democrat paper of record pulled back because it didn’t want to “ break the seal of an adoption case” – as if violating laws ever means anything to Democrats in their quest for power. Keep in mind Barack Obama’s violation of his opponents’ “sealed” divorce records propelled him to a US Senate seat.
What does the Roberts problem mean for the average American who looks to Washington for relief from Democrat oppression? It means we won’t be getting any relief from the Roberts Court, period."