Former Hillary Associate Claims to Have Been Her Personal Hit Man 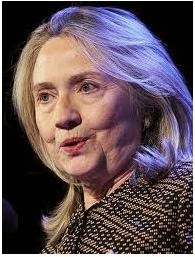 In light of all the talk about Hillary Clinton for President, her "At this point what difference does it make?" reaction to a Congressional inquiry into Benghazi, it seemed appropriate to bring this story to the Esteemed Readers of Fix America.

"Like many Americans I have been glued to the Pete Santilli show today in an attempt to keep up to date with any updates on the truckers. That show is streaming live at www.ridefortheconstitution.org as I write this.
There are bombshells being dropped on that show that go far beyond a trucker’s strike.

The story the listeners are getting is that Larry Klayman was prepared to go on Neil Cavuto’s show tonight and show pictures of National Guard troops that have been assembled to squash the uprising, should it get out of hand. But it is also being reported that Fox News pulled the interview. Why?
>Was the Fox interview pulled because Klayman wanted to talk about some other issues as well, including a gentleman named Larry Nichols, who was a longtime associate of Bill and Hillary Clinton? The accusation is that Fox News does not want to share this story and only wants reports of the alleged National Guard troops in D.C . 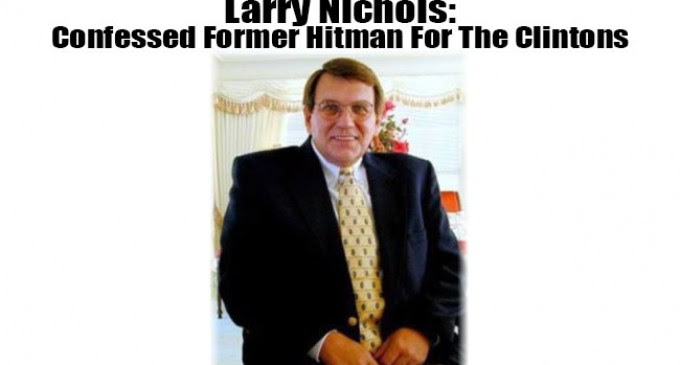 Larry Nichols, former 10 year accomplice to the Clintons, can now add hit-man to his list of dirty deeds.  Nichols dropped a bombshell on The Pete Santilli Show when he very calmly admitted that he had murdered people, on command, for Bill and Hillary Clinton.  Mr. Nichols has been a voice crying out in the wilderness since he brought to light the sexual brutality of Bill Clinton during his reign as Governor in Arkansas. That information would eventually play a key role to Clinton’s impeachment in the 90′s.  Larry says he makes no apologies.

They sent me overseas to kill people for them and told me it was for the good of the Country. So when they asked me to do it for them in the States it felt no different. The real truth is, I did it for the money and I didn’t give a shit about the women I beat and the men I murdered.  The Clintons are bad people and I did bad things for them.  I had to live with that all of these years and now I just don’t care anymore who knows it.
Larry maintains the Clintons were into so many illegal activities at the time, they had to have a team of mercenaries made up of friends and state-troopers to cover it all up and keep them protected from the public finding out.  According to Larry Nichols, both Bill and Hillary were wild and out of control and both were relentless in their pursuit for money and power.  From running drugs, to the rape and beating of women and young girls, both of the Clintons are guilty of the unspeakable crimes.
When Pete asked Larry about Gennifer Flowers making headlines last week claiming Bill had told her Hillary had eaten more pussy than he had Larry said that’s old news, and indeed it is … Larry had made that same statement on the Pete Santilli show early last spring.  Larry is adamant that Hillary Clinton is a “Dyke” and always has been.
One thing I know for sure She did have enough sex with men to have a kid, but it wasn’t Bill Clinton’s Kid she had … Chelsea is actually the daughter of Web Hubble. 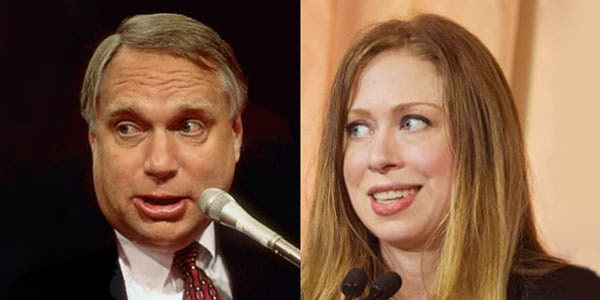 Nichols and many other insiders claim Clinton began having sex with Hubble to gain employment at The Rose Law Firm which she believed would eventually advance Bill Clinton’s chances of becoming Governor of Arkansas.

The above quotes came from a radio interview. I have obtained a video that is posted on the same page. It is 4 hours long and I have not had time to isolate the comments so I have no idea what segment of the show contains them. I am posting the video for those who might have time to listen to it.

WARNING: Some content in the video may be offensive to some in this audience. Pick up the video around the 1Hr 09Min mark."
Read more at http://freedomoutpost.com/2013/10/former-hillary-associate-claims-personal-hit-man-admits-killing-money/#EufWgqUApwMSZS9q.99