If Things Were Right

In the vision of our founders as is demonstrated by the careful word crafting in the documents that we now call Founding Documents, the explicit limits to federal government are plain. In all of them the rights to all were equal, not that all are equal. One who works for wages or starts their own business or trade is not equal to someone who feels those businesses and trades and workers all must pay support for them because they are entitled. Charity is voluntary not mandatory. 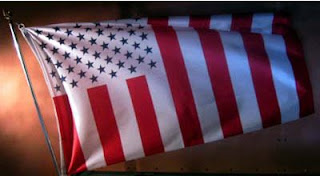 Freedom is something you must both earn and and pay for if you are to keep it. The rights of others cannot be infringed upon by you as you would have your rights not be infringe upon by others, without your wanting and willingness to take action to defend those rights. What right did you give to the federal government to use your tax dollars to give to foreign nations? And at what point did you feel obligated to fund "entitlement" programs for people that are not citizens or plain and simply lazy Americans who use excuses instead of brains or physical dexterity to at least earn their own keep?

Somewhere in our not so distant past we began to lose our rights. Property rights, individual rights, privacy rights, and most Constitutional rights were all systematically taken away and there wasn't hardly a heated public debate to defend those rights. The right to determine where our tax dollars are spent was something that was much simpler to understand when the Constitution limited taxation with apportionment and a budget had to be approved by the Representatives and the People of the many States were heard through the voices of those elected to that post of service. They aren't our leaders at all, they are our followers. If they are not following our lead then we need to remedy the problem.

If things were right in this country, our currency would be stable regardless of what other nations currencies are worth. It would based on a standard weight of tangible asset whose worth is based on real industrial value and not a formula that requires a four-year degree in Economics.

If things were right we would think $100.00 as a weekly wage was doing pretty good. Fuel prices would be less than 25 cents per gallon and a brand new American built automobile would cost less than $5,000.00 with all of the optional extras.

If things were right, schooling would be the total responsibility of the parents and not the state. Home schooling, charter schools, and eventually no schools at all. All the-libraries in the world made available on DVD and online for the world to gain knowledge. The classics as told be those who wrote them and not just the opinions of those teachings written by others. Discussions and debates can take place at meeting places or online since that enables communications across the continents.

If things were right we can easily transition from fueled vehicles into electric powered vehicles with technology that even today is making that possible but at a premium price that few can afford to pay.  Sound and stable currency, lower taxes and easing of regulatory obstacles that add unnecessary fees and certifications to manufacturers would make employment opportunity always there for a younger generation to go out into the world to seek their dreams and their goals.

If things were right I would have work to do and would be self-sufficient instead of desperately trying to produce the rent for this month. I also would be typing less and talking more as the host of an online talk show. But reality is not the same as being right.

It is the right and the patriotic duty for all American sovereign individuals to voice their grievances to those who represent them in government for remedy. And that remedy begins when we cast our ballots to choose just who will represent us and carry forth our wishes to a compliant and not a complacent federal government.

Democrats and Republicans as political parties have taken away out ability to be fairly represented. Those who do not embrace  and expound the party ideology are removed from candidacy with support by the privately-owned major media, who spoon feed the public with the party choices while they ostracize the nominees who do not toe that party line.

I have worked for and have been involved with government at all levels and feel there is no level that is not corrupted by lobbying and funding from special interests. While the media will point fingers at individuals, groups and corporations, the problem gets worse and never better.

The next presidential election in 2012 will be noted as the most important one in the history of the United States of America. It will determine whether America will rise from the ashes like a phoenix, or crash and burn and become absorbed by the global elitist who have been taking over the world through their banks and the corporations they created.

If we keep voting the same party people into office, we will lose our sovereignty and become slave labor to the statists.