The American Dream: Has It Become a Nightmare?

Is there no sanity left in America?  Are we so well socially engineered by the propaganda machines that we no longer can see reality?


We are quickly approaching the most important election in recent history, many of of the presidential candidates are thumping for war against Iran and dictators and terrorists around the world. This kind of irrational rhetoric of the war-mongering conservative right is a direct reflection of the lobbying influence that has been used since World War II:  remember President Eisenhower's warning concerning the Military Industrial Complex?


As a veteran and Statesman, Dr. Paul stands firm on national defense. He objects to militarism not the defense of the nation against real threats. We were once the richest nation on the planet, had no income tax, did not have a large military, remember the fleet at Pearl Harbor?  Although we were not "prepared for war" we were able to motivate our citizens and manufacture supplies to defeat major enemies on two fronts with the aid of our allies. We could have returned to that pre-war footing after WWII were it not for the vast profit potential of the war footing developed by major corporations.

Dr. Paul opposes the Patriot Act: American citizens need not be treated as criminals and subjected to indefinite detention to prevent terrorism and voted, “Nay.” President Barack Obama's staff has indicated he will sign the indefinite detention bill into law. The bill, called National Defense Authorization Act (NDAA) for the Fiscal Year 2012, has provisions that explicitly spell out the authority of the U.S. President to indefinitely detain U.S. citizens suspected of terrorism or supporting terrorists. This law completely bypasses the rights (like due process) promised to citizens in the Fifth Amendment of the U.S. Constitution. Dr. Paul is equally opposed to the TSA's X-ray, Strip, and Grope behavior which displays an attitude unwarranted toward American Citizens. He explains that the airlines themselves need to make passengers feel safe to fly on aircraft, not the government. In maintaining the appearance of political correctness, we don't "profile" people, who because of their religion, might be terrorists. Dr. Paul points out the fact that Israel does not have a TSA-like "search and grope" but they have a secure airport and airline there. The Israelis do "profile" because it works for them.


Maintaining a secure national border and coast is a constitutional power granted to the federal government by the People. National Border Security is an important concern of the federal government:  But, that does not prohibit nor restrict the law enforcement branches within any state from enforcing State and federal laws to provide protection for its own residents. Illegal immigrants are certainly a problem and a burden on State Revenues and Resources. Dr. Paul being from Texas is well aware of these problems and similar problems faced by Arizona and California. Dr. Ron Paul explains this and demonstrates the respect for State sovereignty and States rights to protect their own borders and Citizens.


Many politicians are reactionary and want to pass laws to prevent every possibility of people harming others and themselves. In the name of a safe and secure citizenry, the majority of both House and Senate representatives we have elected and entrusted with protecting our freedoms which ensure our protection, they have instead usurped the U. S. Constitution and passed unconstitutional laws further eroding the sovereignty of the individual and of the States that comprise the union. Party favorites, Romney, Gingrich, Perry are clearly offering and pushing political agendas that do not include the corrective reduction of the Federal Government and which continue to blur the basic and fundamental rights of the States. During his entire political career, Dr. Paul has stood alone in his convictions and are reflected by his voting record which has demonstrated a solid understanding of the U. S. Constitution and the concepts on which it is based.


The European Union is wrought with debt:  many of its member nations are on the brink of economic collapse. E. U. member nations have followed the policies of the European Central Banks and if they continue they will join all the other bankrupt countries around the the world. If the United States continues to follow these same polices of the central banks and their U. S. representative, the privately owned Federal Reserve Banking System, America will soon join the ever growing number of bankrupt nations that have relied on policies of the central banks. Regardless of which presidential candidate you listen to, save one, all say they will slow the collapse but they cannot prevent it. All the presidential candidates are unwilling to take any action to correct this problem. The exception, Dr. Paul.


Dr. Paul accurately predicted the destruction of the American Economy and offered the reasons for it. He exposed the true nature, a system designed on the basis of debt, of the Federal Reserve System and explained how the United States can regain a sound global and national economic stance for its citizens by returning to a currency backed by real assets. Not on a system designed on the basis of debt. This is the reason that we, our children, and their children can never get out of debt: the debt only increases. Halting the Central banks from creating an unending flood of worthless Federal Reserve Notes is the solution. 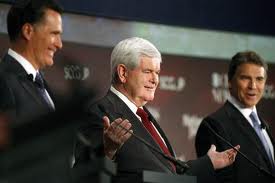 Mitt Romney has been very critical of China's manipulation of its currency and he suggests high tariffs are needed. Dr. Paul has offered what is needed is a solid and sound monetary system to insulate the United States from any effects of what any nation does to manipulate its own currency. Dr. Paul understands the current monetary system and why it cannot be repaired as so many other presidential candidates have insisted. It cannot be repaired because it is designed to be a debt-based system which always increases the national debt. Dr. Paul has stated that Congress should take its constitutional mandate and responsibility to enact a monetary system that is immune from manipulation by other nations and central banks. It has been demonstrated over thousands of years of commerce and trade, a monetary system that is backed with real assets is the only system.


All of the candidates have talked about a balanced budget amendment at one time or another; however, only Dr. Paul explains that balancing the budget is only part of the issue. If Congress wants to increase the budget and remain "balanced" they will have to (as they do now) create a source of revenue (fees/taxes) or borrow it from the Federal Reserve System to pay for it. A balanced budget in and of itself does nothing to curb spending and reign in the spending power of Congress. But Dr. Paul has explained that many of the programs funded by the federal government are unconstitutional and need to be eliminated.

If We the People are to restore our liberties, to remain a sovereign nation, to rebound from the economic collapse close at hand, we must do something that is radically different from the actions that have led us to this point in history. We must stop choosing between the party favorite candidates that have always done exactly the same thing after being elected. The opposite of what they promised to do or nothing. We need to elect representation that will look out after our interests. We need a revolutionary candidate. There is a glimmer of light shining on the nation's darkest hours.


There is only one man running for President who has withstood all of the hype and spin, and has been relentless in his defense of liberty, freedom, and upholding his oath of office. As the primaries loom ever closer, a viable presidential candidate is urgently needed but not to the extreme that any one will do. The gathering of presidential hopefuls have now adopted the concepts and ideas that one candidate has been explaining and discussing for thirty years. You have heard his name only occasionally. Romney, Gingrich, and Perry are not presidential material. 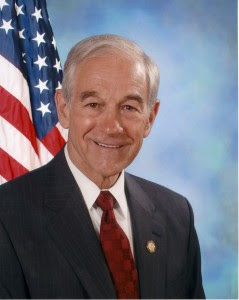