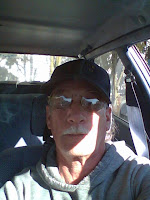 The primary purpose of government is to serve the people. The government serves us by protecting the nation from enemies on the seas and through commerce and trade with foreign nations. The government that was formed by our founders was unique in all the world, in that it was designed for the People to be self-governed, through a delegation of representatives .

We have strayed far afield from the visions those founders had of what this nation would become. What was once a thriving economy as the richest nation in the world, now is on the brink of total economic collapse and yet there are very few who really identify what the problems are and how to solve them.

I personally do not subscribe to the political parties as my representation, in fact I an against the domination of the electoral process by the Democratic and Republican parties, who deny equal access to other parties. Even independent candidates and voters are prohibited from voting in most primary elections. For the most part, people don't seem to mind this because for most of the voters, they would be "confused" by more than choice between one or another candidate. At least that is what most party politicians would like you to believe.

I consider those of you who read and follow my blog to be intelligent and knowledgeable individuals, who don't buy into the propaganda "du jour", and yet I find some of you who do comment on my posts to show a lack in thinking beyond the spin of the media. This seems to be inversely proportional to education, that is, the more educated people seem to stay closest to the party politics, while those with less formal schooling are those that appear to be more or less, outside-the-box thinkers.

Bill Gates, Richard Branson and Steve Jobs all lacked a PhD and yet all were outside-the-box and very successful in life. Each of them has their own purpose and as we witnessed it for ourselves, they succeeded where many felt they could not possibly do so.

Like them, I too have a purpose in life, and part of that purpose is realized with every comment and donation I receive from my readers. To all of you who have been so generous, I thank you. You have acknowledged me in a profound manner and that motivates me to go forth.

I know that I am not always right in life and make as many mistakes as anyone else. When you point out an error and I research your correction, I will make it known that that I stand corrected. And on the same note, if you criticize or offer an opinion that is not well informed, I will call you on that too. We have to teach one another to move forward. There is no positive movement when we are distracted by arguing and name calling.

Let's leave that for the politicians who have nothing to offer us except to denounce their opponents. In my post, What Would Really Happen If Ron Paul Were To Be Elected President I re-posted what Bill Sardi wrote about Ron Paul. Several people have written back claiming that Ron Paul is a wimp, he will decimate the military, or simply state that he is not electable. Let me address the last comment first: He was elected by his Texas constituents to 12 terms in Congress. As far as being a wimp, he has stood toe-to-toe on the House floor with the most powerful in government and stood practically nose-to-nose with Rick Perry in debate. As a veteran of the USAF and the recipient of more contributions from the military than all the other candidates combined, I will just say that I feel those in service now and the veterans who served before all seem to know more about it than I do. If the men and women of the military back him, why would anyone listen to a commentary on TV for an opinion?

What is the purpose of backing a candidate? Is it because you (and I) feel that candidate will best serve us or simply the best chance to beat the incumbent?