Will Cain Be Able?

This past week has taken its toll on the nation with holidays approaching and no end seen in this stubborn attempt by an inept Administration, to do the right thing to ease out of this depression. But our attention has been drawn to the alleged smear campaign regarding the alleged sexual harassment charges, brought against Republican Presidential Candidate Herman Cain.

Now I see two issues here, and only one really concerns me as to Herman Cain as a candidate that I would vote for. Of course the drooling media outlets are all hoping for something juicy. And the question there is simply what did her do or say or both? My only question is, was he lying? Will Herman overcome this attack on his character by whomever dug up this issue from his past? Or will he fade into the mist like Gary Hart did several years ago? Questions and questions, when what we need is answers. Where is the answer man when you need him?

There comes a time when the honest assessment of cause is addressed to fix a problem. Are the solutions being offered those that have worked before or are they conservative measures that will ease things back to where they were?

I don't know about you, but I don't want to go back to the way it was, I rather want to create a new path to ensure a prosperous future to be enjoyed by a free population that are examples of self-governance as they once were in the United States.

We need a Jefferson, a Madison, a true patriot that abides by the limitations of government. A President who will humbly serve We the People, who will restore liberty to us and to the sovereign States. Now all we have to do is find and elect that person. 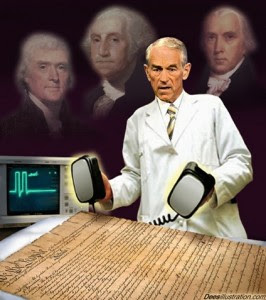