Sawyer Adrift On A River of Lies 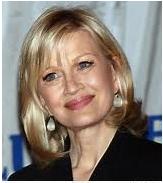 ABC's Diane Sawyer has relayed the triumphant victory of the Texas Primary for Republican darling Willard Mittington Romney as having more than the required number of delegates to catapult that dead weight to be the nominated republican candidate for president.


But, WAIT A MINUTE... less than ten percent of the precincts had been reported when she reported. and less than 30 percent have been reported as I write.  An interesting video:

Summary: It is Unlawful to use intimidation, threats, or coercion for the purpose of interfering with the right of a person to vote as he may choose as a delegate for the selection of a candidate for the office of President. -

No delegate shall be bound by any attempt of any state or congressional district to impose the unit rule. 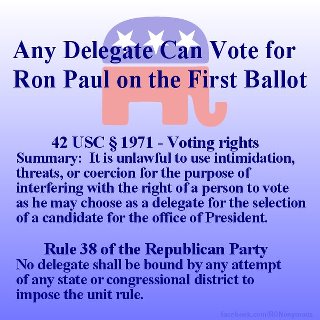 Once again, the ditsy blond seems to have gotten just about every single fact wrong and incorrect and then declared something-or-other based on poor reasoning skills. Way to Go, ABC!