Little Barry has problems and issues, just one is regarding his eligibility issue as President. The tangled tale weaves into and around various people that have names that appear more than once.

"This is to certify that the following candidates for President and Vice President of the United States are legally qualified to serve under the provisions of the United States Constitution and are the duly chosen candidates of both the state's and the national Democratic Parties by balloting at the Presidential Preference Poll and Caucus held _____ in the State of Hawaii and by acclamation at the National Democratic Convention held ______ in _______."

In 2008 the wording of the certification of the Hawaii Democratic Party read differently:

"This is to certify that the following candidates for President and Vice President of the United States are legally qualified to serve under the provisions of the national Democratic Parties balloting at the Presidential Preferences Poll and Caucus held on February 19, 2008 in the State of Hawaii and by acclamation at the National Democratic Convention held August 27, 2008 in Denver, Colorado."

The 2008 certification of Obama left out these words: “of the United States Constitution and are the duly chosen candidates of both the state and...”

Nancy Pelosi chairperson of the DNC declared and then certified Little Barry (BHO) legally qualified to serve under the provisions of the national Democratic Parties balloting at the Presidential Preferences Poll and Caucus. A confrontation broke out when Kevin Cronin, Chief Elections Officer, Hawaiian Office of Elections, sent a letter stating "Little Barry" was not qualified to be on the ballot for the 2008 presidential Election, and Brian Schatz Chairman of the Democratic Party of Hawaii, refused to take corrective action. The dead lock was broken when Hawaii refused to certify Little Barry as a presidential candidate, and a woman, Elena Kagan, signed the papers for him to be certified to run for President. 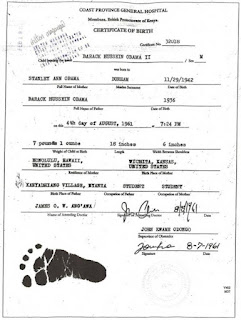 By omitting these critical words, The Democratic Party of Hawaii said that Little Barry is not bound by The Constitution of the United States. It also follows that Little Barry therefore does not have to be a Natural born Citizen, in fact he does not have to be a U.S. citizen of any kind, (not to serve as) but to be president of the United States, if he was elected. It is also of interest to note that although most Democratic Electoral College electors were aware of this Hawaii eligibility issue, not one elector raised an objection. On January 6th, 2009, when Congress voted to certify the election by the Electoral College, not one congressman chose to uphold and defend the Constitution of the United States, as was their duty, and question the state of Hawaii's certification. It should have astounded the public how they all just fall in line. No questioning. No objectivity. No digging into Little Barry's past, but the privately-owned major media was not reporting any of this nationally. By that point in time, most if not all of Congress, believed the problem could not possibly have merit because no one could have gotten that far into the election process without red flags being raised and waived by the privately-owned major media. 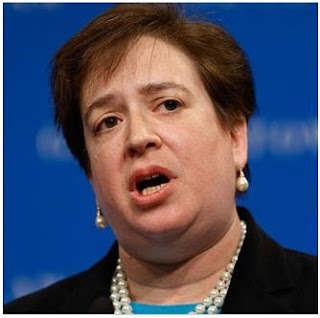 On January 20, 2009, at 12:00 PM Little Barry attempted to take the oath of office on the Bible that Abraham Lincoln used for his first inauguration in 1861, but repeated some of the words twice and supposedly broke the concentration of Chief Justice John G. Roberts. He did not take the oath properly and correctly on Inauguration Day. On Wednesday Jan 21, 2009, in a private ceremony, Little Barry took the oath of office on the Qur'an and swore to God (Allah) in front of Chief Justice John G. Roberts. See:  Why John Roberts (likely) Protecting Obama Care!

The Deed was done, but if every state signed the form the Democratic Party provided, then there isn't a single state that did certify that Little Barry is constitutionally eligible to be President. They would all be guilty of collusion in a real legal conspiracy of national proportion and should be charged both collectively and singly with failure to uphold and defend the Constitution and conspiracy to commit treason against the People of the United States of America during a time of War (pick one), as well as treason. The DNC (Democratic Party) kept the original document and made a different one to send to the states for them to sign. This is no magician's hat trick, this is a Coup d'etat by the DNC (Democratic Party) to illegally install an ineligible person by illegally certifying falsified documents in order to take over the Presidency and install single party rule.

On January 26, 2009, Little Barry, as President, appointed Elana Kagan Solicitor General, and while working in that capacity she was heavily involved in policy discussions on how to make sure Little Barry's Health Care Plan (Obamacare) passed through Congress as emails now reveal. It is now in question as to why the emails were not released at Kagan’s Senate Judiciary Committee confirmation hearings during June of 2010.

On May 10, 2010, Obama nominated her to the Supreme Court to fill the vacancy from the impending retirement of Justice John Paul Stevens. After Senate confirmation, Elana Kagan was sworn in on August 7, 2010, by Chief Justice John G. Roberts. Elana Kagan's formal investiture ceremony before a special sitting of the United States Supreme Court took place on October 1, 2010.

She has to decide whether her role as Little Barry's Solicitor General at the time the law was drawn up and passed could be seen as an unacceptable conflict of interest. The law says, “Any justice, judge, or magistrate judge of the United States shall disqualify himself in any proceeding in which his impartiality might reasonably be questioned.” It goes on to say they should also quit a case “where he has a personal bias or prejudice concerning a party.”

Justice Kagan, herself, is now responsible for making the decision whether or not she should recuse herself from the case when the Supreme Court hears challenges to President Barry's signature law next spring. A decision on the constitutionality of the law is expected by late June or July, just in time for the two political parties’ National Conventions.

“No justice wants to say that he or she didn't have prior contact with the case only to be proven wrong in the near future. No Justice is going to try and pull a fast one, especially in today’s high tech society where the truth will eventually be found out.”

One would wonder, just what... she will do. Short of Poison Tipped Darts from an Assassin's Blowgun, this little Group of Machiavellians could not have done better.
at 3:13:00 PM