At this juncture, it should be painfully and depressingly obvious that due to governmental deceit, inattention to maintenance of the Constitution, and no vigilance, by the People, The Republic fell during 1871. the People were deceived and betrayed by various officials.
The American People have been unwittingly living a lie. 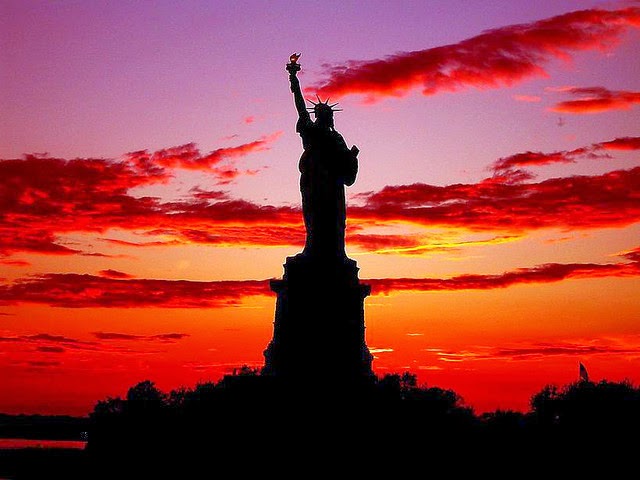 Since 1871 and up to the present time, it should be understandably clear the System of Governance, as defined by the Constitution of 1787, was usurped by officials within that system and various individuals outside of that system in order to create a Corporate Government to transfer the wealth of the Nation to themselves and their posterity, while setting up a system of never ending and increasing debt. The interest on that debt and the monies collected in other schemes was used to increase their wealth and influence, while continuing to make inroads into the very fabric from what the Nation had been woven.
Forty-five years ago I was told that my concerns were nothing more than mental masturbation, senseless verbal fornication, that I was just toying with words. My concerns have not in any way diminished, in fact, they have only increased. The wheel-work of life turns in curious ways and I would only ask The Esteemed Readers of Fix America what they think is in movement? Given the information and opinion within the articles; 'That which Pushes the Mind Is Not Always Felt', 'How to Plant The Seeds of Destruction', and 'What Tomorrow Will Bring' and the auxiliary books and their information and opinion, what is the most logical conclusion which can be extracted that explains the actions that have taken place and the situations that are unfolding before our eyes?
What outcome can prevail for The American People?

OUR Nation IS IN JEOPARDY RIGHT NOW!
How Can We Retake What Is Rightfully Ours?
“The Supreme Court has said the De Jure Government offices still exist but the people have failed to occupy them.

The First suggested Method Is Untenable:

Remember Downs v. Bidwell and the dissenting opinion of Justice Marshall Harlan? He stated that two national governments exist; one to be maintained under the Constitution, with all its restrictions. This is one that We the People need to force our elected public officials to occupy – De Jure rule.
We need to change that by organizing Grand Juries and putting our officials back under De jure rule and out of the Corporate (or Military) Rule under which they are currently operating. Unfortunately, this has no force of law under the Corporate 'Government.' The United States Corporation is supposed to operates under Corporate/Commercial/Public Law rather than Common/Private Law and the current 'Government' will not even abide by that system of jurisdiction.
Our elected officials will then have to operate under the limits of their Oath of office to uphold the Constitution of the United States and the respective State Constitutions, circa 1860. When they violate the Oath it’s a capital crime. Although the method of properly convening a grand jury has force of law under the original U.S. Constitution, it means little-to-nothing under the Corporate Constitution. Doesn't anyone remember that the person occupying the White House was found guilty by a grand jury (please see the article, Obama Indicted: Fugitive at Large)
"Fugitive at large, Barry Soetoro, AKA Barack Hussein Obama II is now a wanted criminal. Plagued by an identity issue, problems with Social Security Numbers, problems with U.S. Citizenship, problems with lawsuits from Local Courts to Superior Courts, problems with his job, Barry's problems are ever multiplying along with the costs engendered by his issues and problems, has been convicted and is now facing ten years of incarceration. He was served at the White House; however, he has yet to surrender to authorities or be apprehended in order that incarceration can begin," From the Article:
The reason we go back to 1860 is because that is the last time we had lawful laws in this country.
Where do the people get their power to convene a Grand Jury? The Magna Carta, 1215. Our Founding Fathers looked back to history for precedent when they decided they wanted to change their government. What they found was the Magna Carta Liberatum, the Great Charter of Freedoms. It set a precedent that changed the face of England forever, by establishing that the King was not above the law.
King John of England signed the Magna Carta after immense pressure from the Church and his barons (the people). The King often lived above the law, violating both Feudal and Common Law, and was heavily criticized for his foreign policy and actions in England. The Barons, with the support of the Church, pressured King John to spell out a list of their rights and guarantee that those rights would be enforced. The Barons provided a draft, and after some negotiation, King John put his seal to the Magna Carta in Runnymede, in June of 1215.

Section 61 set rules for establishing the Grand Jury. It states: Since we have granted all these things for God, for the better ordering of our kingdom, and to allay the discord that has arisen between us and our barons (people), and since we desire that they shall be enjoyed in their entirety, with lasting strength, forever, we give and grant to the barons the following security: The barons shall elect twenty-five of their number to keep, and cause to be observed with all their might, the peace and liberties granted and confirmed to them by this charter. If we, our chief justice, our officials, or any of our servants offend in any respect against any man, or transgress any of the articles of the peace or of this security, and the offense is made known to four of the said twenty-five barons, they shall come to us.”
This is the basis for Grand Juries in the United States of America, but only under common law jurisdiction which has been supplanted by
Corporate/Commercial/Public Law

The UNITED STATES CORPORATION CAN NOT BE REPAIRED!
The UNITED STATES CORPORATION is a corrupt Corporate 'Government', that believes and takes actions on that belief, that it is above the laws it has created and can do anything what-so-ever it pleases.
Since the CORPORATION is a private concern and is in no way obligated to follow or adhere to the will-of-the-People, I can only suggest that you write to your State or National Congressmen and wait for a reply.

A Different Suggested Method:
Remember Downs v. Bidwell and the dissenting opinion of Justice Marshall Harlan? He said that two national governments exist; one to be maintained under the Constitution, with all its restrictions. This is one that We the people must repopulate by proper election to re-establish the De Jure System of Self Governance that was vacated during 1871.
I can only suggest that no letters of any concerns need to by written to anyone. I can suggest that you think about things and inspect all the activity covered at the website of 'The Republic for The United States of America.
It is only a suggestion while you wait for that reply from the first suggestion.

An Inquiry into the Nature and Causes of the
Wealth of Nations, by Adam Smith, 1776