The Chance of a Lifetime! 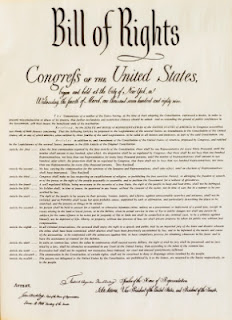 History will remember the 2012 United States Election regardless of the outcome. It will either record the greatest defeat of liberty or it will be the greatest restoration of sovereignty known to modern humanity. As the world waits and watches the results, their fate will also be determined by the choice the American voters make.

Some will see this as a challenge between Barack Hussein Obama and Willard Mittington Romney. Others will cast it as a left versus right challenge between Democrats and Republicans. I see it as freedom versus slavery. And then I also see another choice other than the two favorites of the two corrupted political parties.

Gary Johnson dropped out of the GOP race early and became a Libertarian, embracing the same ideology that has been the hallmark of Ron Paul. Dr. Paul was defeated by that corruption and not be the People's refusal to support him. His views of constitutional government, fiscal responsibility, less spending and less taxing all will be proven to be the way to prosperity. History does prove that.

Gary Johnson chose to run as a third party candidate mainly because the two major corrupted parties have locked out everyone else who dared challenge the status quo. In digging through foreign news sources I came up with circumstantial evidence that showed that Ron Paul was the most feared candidate by the left in my post "Obama Issues Kill Order Regarding Ron Paul..." And how Dr. Paul was cheated by the GOP (See: "Tampering in Tampa") by refusing to sit his delegates in state caucuses and in the national convention. Cheating and lying has become the norm for both major parties. 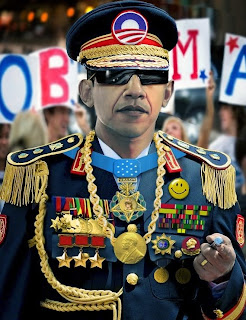 Obama has not produced proof of his citizenship. He has spend millions to cover up his past. His associates and friends are labeled as socialists and radicals. His own words indicate that he wants to change America into a socialist dictatorship, and his actions to bypass Congress through appointed "czars" is more proof than a jury can deny. And yet the privately-owned major media still covers for him as they pretend to give others equal and fair air time.

This nation was founded on basic principles of liberty. It was never a perfect nation, although when we return to those basic principles and hold our elected representatives accountable, it does prosper and provide for the greatest majority of the populace.

Government created the problems that they always promise to fix. Let's start with the most obvious one. Since the installation of the Federal Reserve System, the nation has suffered through more wars and debt than at any time prior. We were the world's richest nation, the most industrially active, and best educated. And that was before there were federal income taxes or Social Security.

As a senior who is rapidly approaching the age where Social Security will be depended upon, I do not feel confident that it will be capable of taking care of my basic needs, even after having paid into it for over forty four years. I would rather have a President and Congress who respect the law and obeys the Constitution. That will mean that all of America will have greater opportunity to prosper and take care of themselves and their communities. Less government is more freedom, and more freedom is less regulation.